The Festival Internacional de Benicàssim, commonly abbreviated to simply FIB, is an annual music festival which takes place in the town of Benicàssim. It focuses mainly on pop, rock and electronica artists, as well as having other elements including short films, fashion shows and art. Benicassim has a reputation as being among the best on the international festival circuit.

The festival begins on the second Monday of July when the camping grounds open, although music only officially commences during Thursday afternoon. FIB is notable for having bands playing through the night (5pm – 8am) and has three main stages, Las Palmas, Visa and South Beach Dance having a capacity of approximately 30,000, 15,000 and 8,000 people respectively. In 2009, the festival capacity exceeded 50,000 and in 2016, over 150,000 visited the festival across the four days.

In 2020, Benicassim will host its 26th edition of the festival. 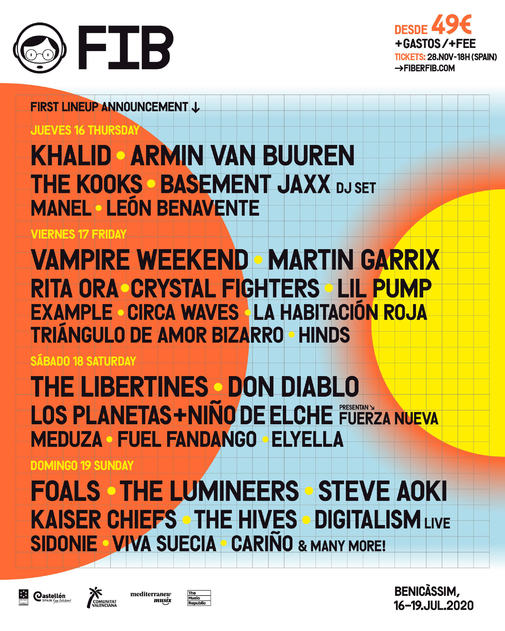